We are proud of our work. Always. Our cleaning company has even received numerous awards and glowing feedback from our clients.

Cleaning Company of the Year

Espoon Asunnot Oy has awarded IC Siivouksen for four consecutive years, which is a great honour for us. We received the award in 2015, 2016, 2017 and 2019. We were given the highest number of points in quality checks and customer satisfaction. Moreover, Espoon Asunnot Oy named Irina Amelkina Cleaning Service Foreman of the Year in 2017. The nomination was influenced by quality points in the area and positive customer feedback, according to which Irina is enthusiastic about her work and has an attitude of improving cleaning services and customer service.

Our awards and customer feedback

We have received glowing feedback from a wide range of our clients and partners, including Vantaan kaupungin VAV Asunnot Oy, Helsingin kaupungin asunnot Oy (Heka) abd Tampereen vuokra-asunnot Oy (TVA). Please take a moment to look at the awards we have received below, as well as a selction of comments on our work.

"I think the service provider's positive attitude to improving co-operation and speed in responding to customer feedback are execeptionally positive."

"IC Siivous = A cleaning company which gets the job done to a high degree. They are good at keeping in touch and respond quickly to feedback." 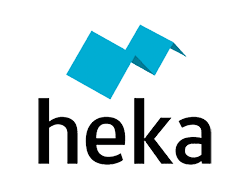 "We have enjoyed a brilliant cleaning service from you and are satisfied with the results."

"Our co-operation has gone extraordinarily well and the results are phenomenal. Thank you!"